Season 43 has now started! If you’re playing in the season, say hello and make sure to check in, where now also you’ll be asked to give a description of when you’ll be available to play your matches. Here’s what the League looks like overall this season: 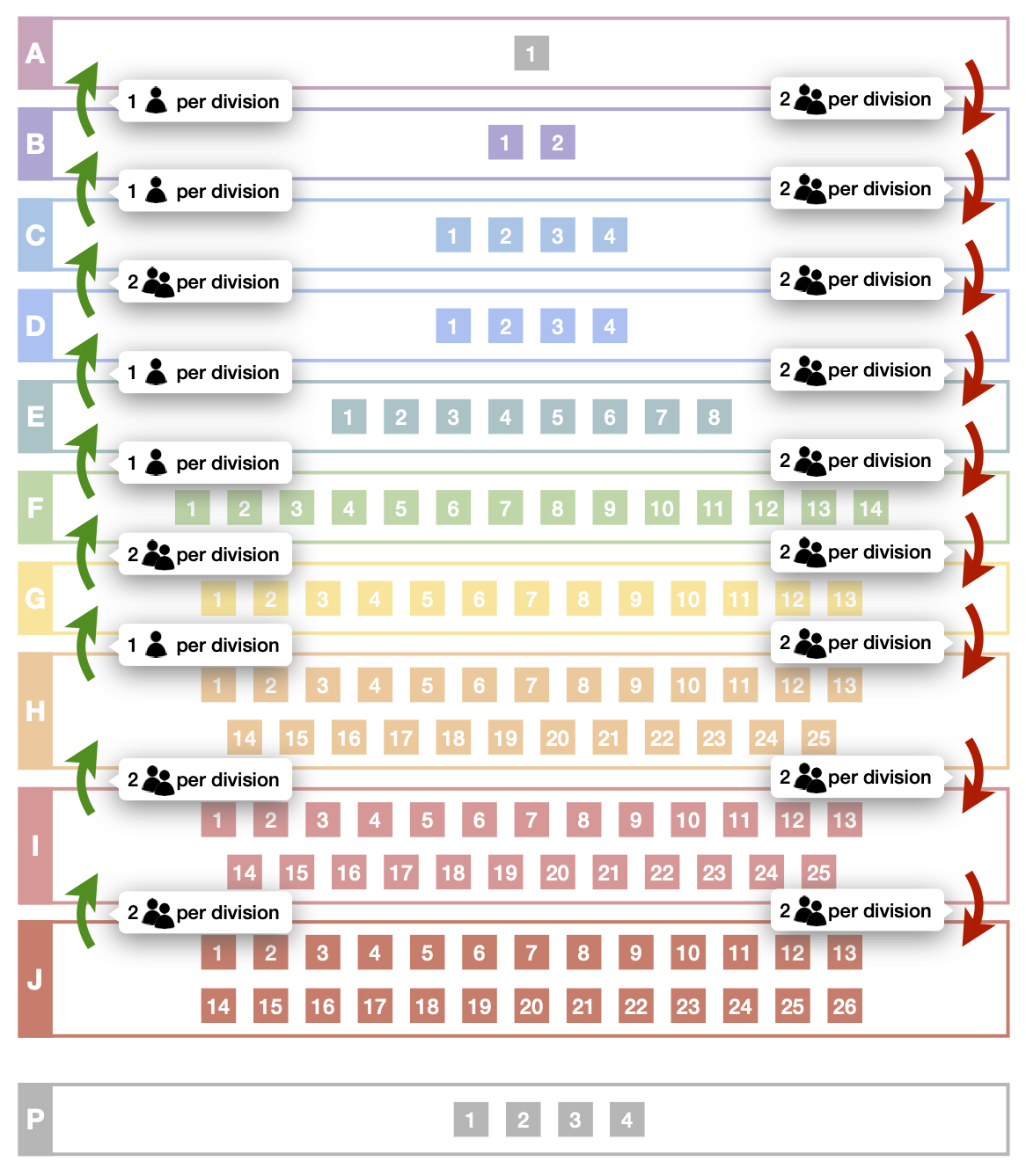 While the exact number of players will continue to fluctuate with late signups over the next week, we can also look at the number of divisions for a good sense of the size of the League. Here’s what our pandemic-fueled growth has looked like:

So the decline we saw from Season 41 to 42 has continued, but has slowed. Some of the underlying metrics are actually looking up again. For instance, 74% of Season 42 players chose to come back for Season 43, up from 70% of Season 41 players (albeit out of a smaller total). The last time we had a big growth spurt, in Season 27, it took us four seasons to even crack 70%, and nine to reach 74%. New player recruitment had similarly leveled off, so we will probably remain right around this size for the rest of the pandemic.

The good news is that this means we’re bringing new players into the culture of the League and they’re choosing to stick around. We totally understand that there will be people whose interest fades after the pandemic no longer restricts their choices for leisure activities, but we hope that we’ve been enough of a welcoming community and life-giving hobby that you choose to stay regardless.

With the vaccine rollout on the horizon, many are turning their eyes to the future. Season 44 Signups open in a week, and we’ve got some changes in store:

In part due to the holidays and the lack of urgent topics, we will not be holding a town hall this season. Feel free to continue to give us actionable feedback in the Returning Form!