Season 42 has started! We have been thrilled to have so much interest in the League recently, and while this is the first season in quarantine to have fewer players than the one before it, the League is still far larger than any pre-coronavirus season. There have been 403 divisions in the 3 seasons since players have been in quarantine, which more than the previous 9 seasons (S31–S39) combined. It’s also about 30% of all the divisions ever in the League. The diversity of player skills means we can continue to build divisions with competitive matches, and has also led to the addition of several new tiers.

Starting this season we are introducing the Practice Tier, which is for players who do not have 30 rated 2-player games. Players with very few games are hard for us to place accurately, so games in this tier must be played rated, then we will use that data for placing them next season. The Practice Tier affords players who are new to Dominion the chance to get the full League experience — playing 6-game matches against other dedicated players over a 6-week season — while they are still developing their rating.

This season, there will be 130 divisions, distributed across 10 tiers plus the Practice Tier as follows: 1 A, 2 B, 4 C, 4 D, 8 E, 14 F, 13 G, 26 H, 28 I, 27 J, 3 Practice. Players in the Practice Tier do not promote or demote, and are instead placed into divisions next season like new players, using their updated Dominion Online rating. Promotions and demotions for all other tiers will be the same as Season 41. Promotions and demotions are now noted in your division channel’s pinned message for convenience. Here is a summary of the tier sizes and promotion/demotion rules for Season 42: 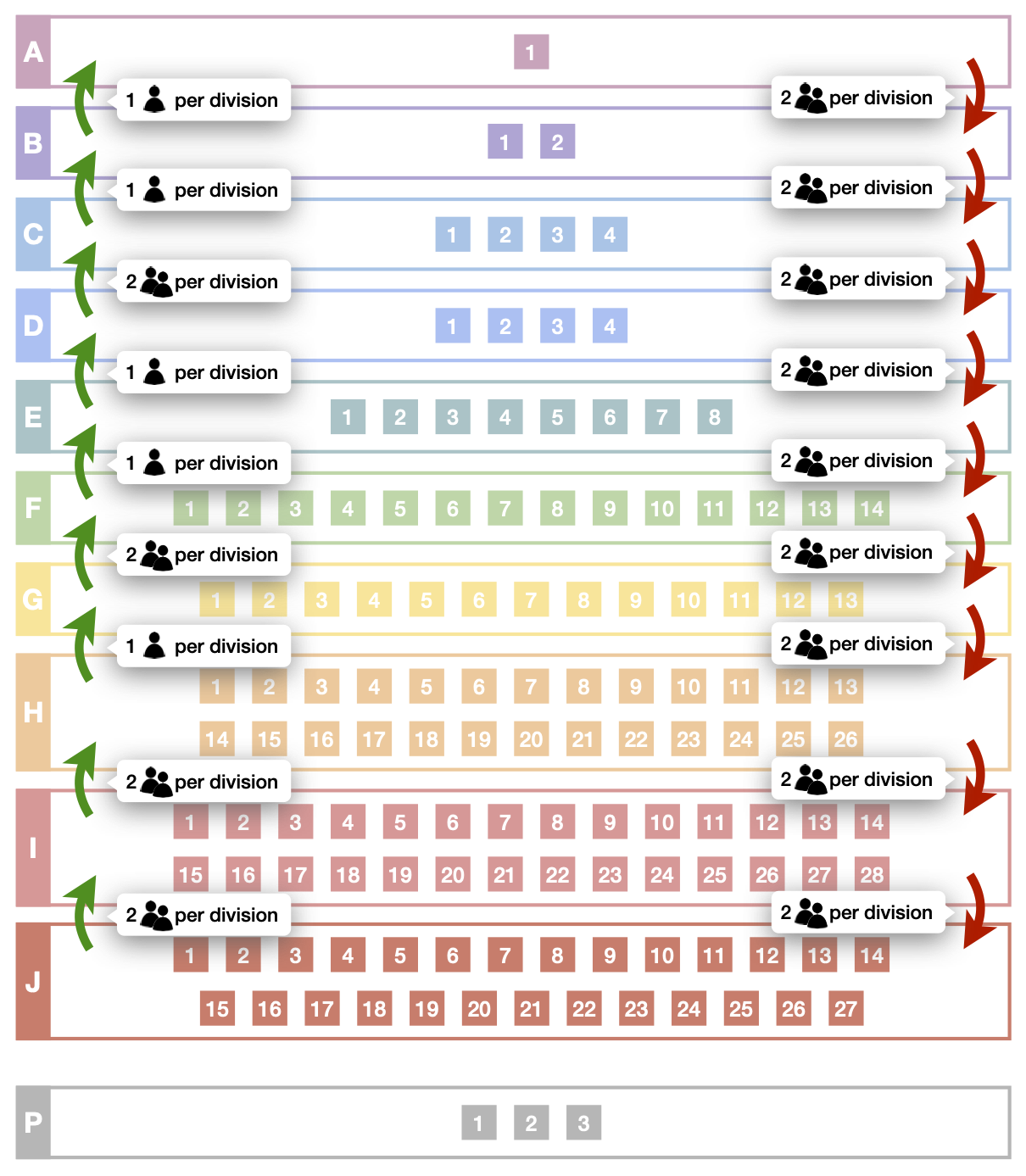 We took advantage of the long break between Season 41 and Season 42 to hold 2 Town Halls and propose several rules changes. You can see a list of all changes in Part 1 of this newsletter, most of which will be familiar to Town Hall attendees.

The Season 42 Town Hall will be covering scheduling and issues related to making sure players keep pace with playing their matches. It is tentatively scheduled for the weekend of October 31st/November 1st, and will likely begin at 17 UTC. Town Halls take place in the Dominion (Card Game) Discord server, and are open to everyone, so we hope to see you there!

Looking ahead, the next season of the Dominion League will officially start on December 7th, 2020, and will end on January 17th, 2021. Mark your calendars now!

The level cutoffs for creating flex divisions and for superpromoting will be: