Season 41 has started! This is the first ten-tier season, just two seasons after the first eight-tier season. To illustrate how big of a change this has been, in just six months, the F tier has gone from the bottom third of the League all the way to the top quarter!

While those changes will still take some getting used to, the cause is pretty obvious, albeit grim. This major growth of the League is just a tiny ripple effect of the coronavirus pandemic, which has forced many people in the countries players live in to seek online entertainment and competition. On top of that growth, we have intentionally expanded the tiers beyond the absolute necessity in order to increase the competitiveness of the typical League match. The average levels of the tiers are now fairly evenly distributed, with about a 3-level gap between consecutive tiers. 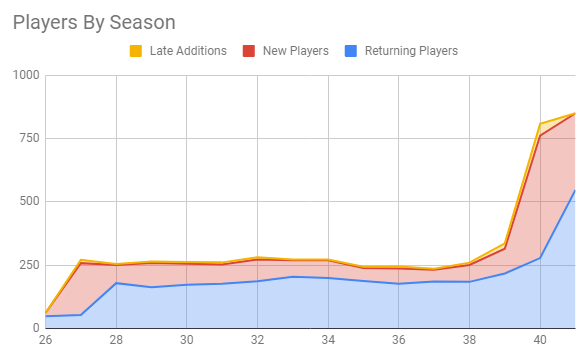 In all, Season 41 has yet again broken the record for the number of players and divisions, albeit less spectacularly than Season 40 did. At the start of the season, we have an even 850 players in the League, with more to be added off the waiting list as needed. While this is obviously reflective of the ongoing pandemic, we’re pleased that so many players who were trying the League out for the first time in Season 40 have returned for another season. :) And while this is nowhere near the more-than-doubling growth that Season 40 saw, in absolute terms, it’s still 11 extra divisions, our third-biggest increase ever (after Seasons 27 and 40), and larger the entire 7-division range that Seasons 27-38 saw. We still live in tumultous times! 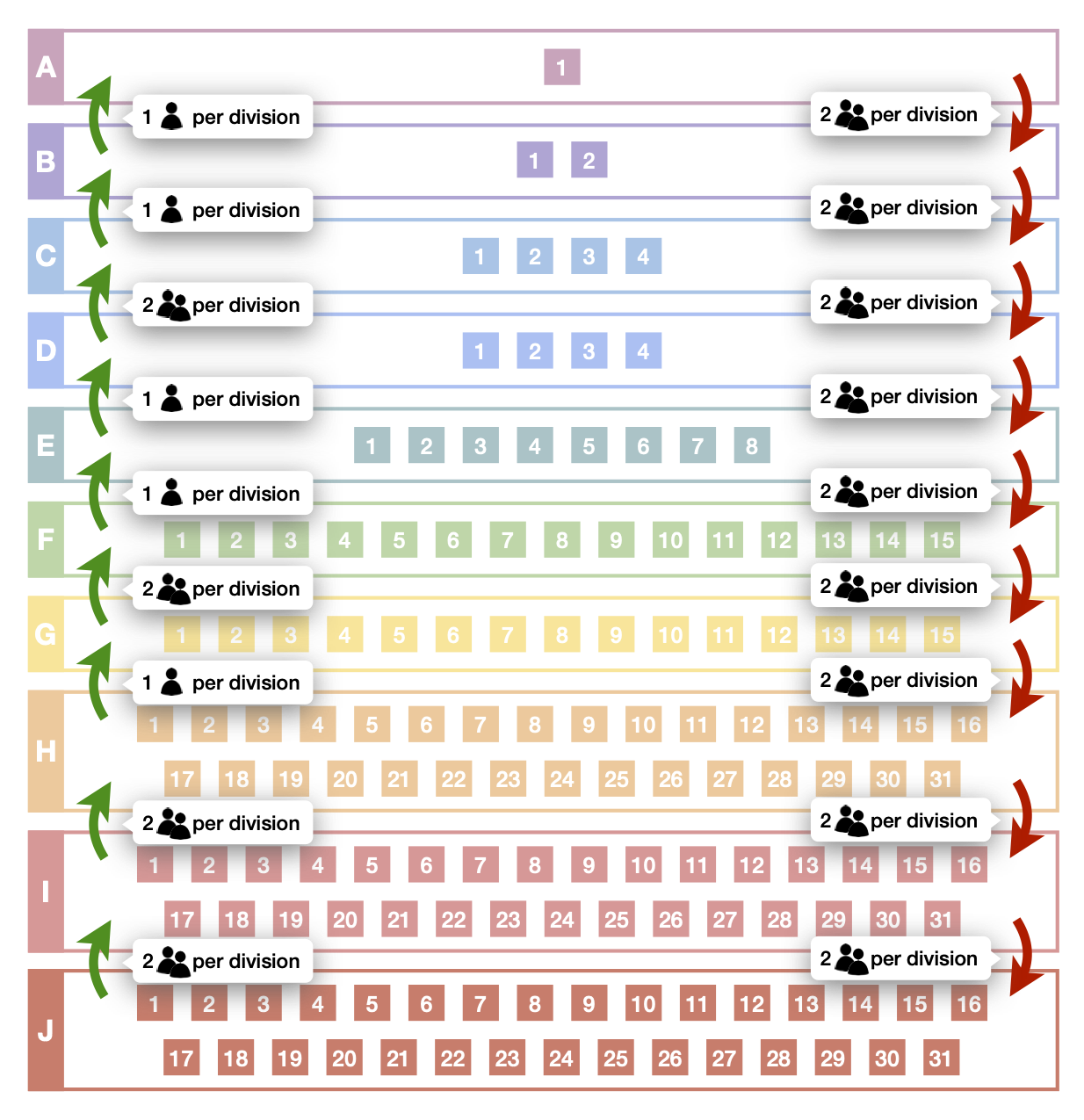 The moderators retain the right to change this scheme if the size of the League should change drastically. In particular, when it comes to adding or removing a tier, we will be following the same thresholds for the total number of tiers we announced in a previous Newsletter. In particular, we will keep ten tiers if the total number of players* for next season is between 691 and 1266; our current 850 is fortunately over 100 away from each of those thresholds.

Every year, the League goes on hiatus for (essentially) the month of September for several reasons:

We have also recently updated the rules in several small ways, but which you should still know about:

Finally, the Season 41 Town Hall marks the one-year anniversary of our first Town Hall, and as such, we will use this opportunity to recap all of the change that has happened in the past year, and reexamine any of the decisions we’ve come to. How has opinion changed now that we’ve seen the consequences, and the League has grown? It is tentatively scheduled for the weekend of August 7-8 and will be held entirely in Discord; we hope you can make it!